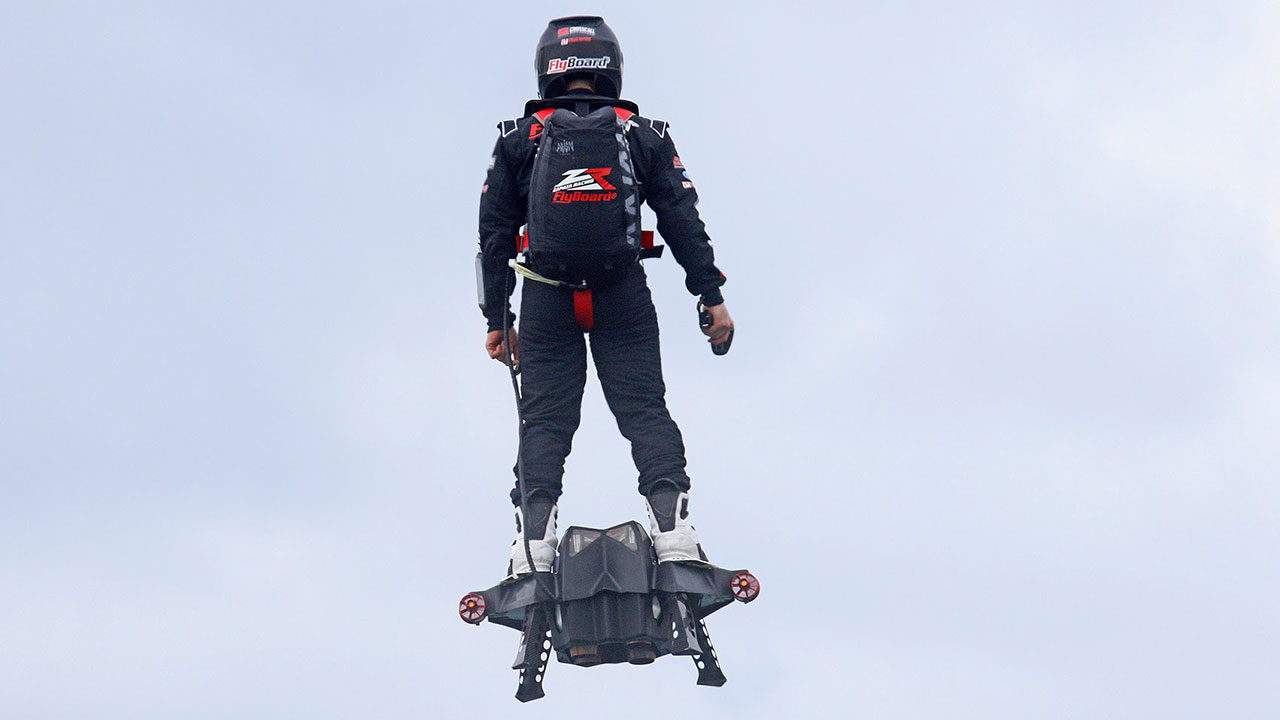 Soon everyone will be able to fly!

The dream of a board that lets you fly through the skies is now coming to fruition. ZR has produced an Independent Propulsion Unit that flies at a top speed of 150km/h which is 93mph. It has autonomous capabilities and soars on auto-pilot for ten minutes clearing about 10,000 feet. This thrilling device is pending government approval but has been flight tested by ZR founder and CEO Franky Zappata. The flight test shows the capability and potential this grand achievement has to the world. Gaining a Guiness World Record for farthest hoverboard flight at 275.9 Meters . Franky Zappata has tapped into the future and his advice is to “To Never Stop Dreaming”.

Zappata Racing is known for its innovations in awesome water fueled technology that lets the user hover and perform acrobatic feats with different versions that take propel you sky high in bodies of water. Utilizing the latest transparent hydraulic technologies and ultra-modern design. Since 1998. Now Flyboarding has become a sport that many people around the world experience with excitement and passion. Revealing an amazing future with many more possibilities and achievements to come.

“As for the future, Zapata Racing® is dedicated to working on the creation, development and marketing of hydro-propelled machines; such as the Flyboard® and Hoverboard by ZR®, to satisfy athletes coming from all the disciplines looking for new sensations.

With more than 40 millions views of Flyboard® and Hoverboard videos on the internet and being seen in the most prestigious commercial ads, such a slot during the United States Super Bowl, the reputation of Zapata Racing® has reached its heights.

Strengthened by a network of distributers and rental points present over the 5 continents, Zapata Racing® has yet to realize its wildest dreams, creating new innovating machines that come straight out of the comic books!”