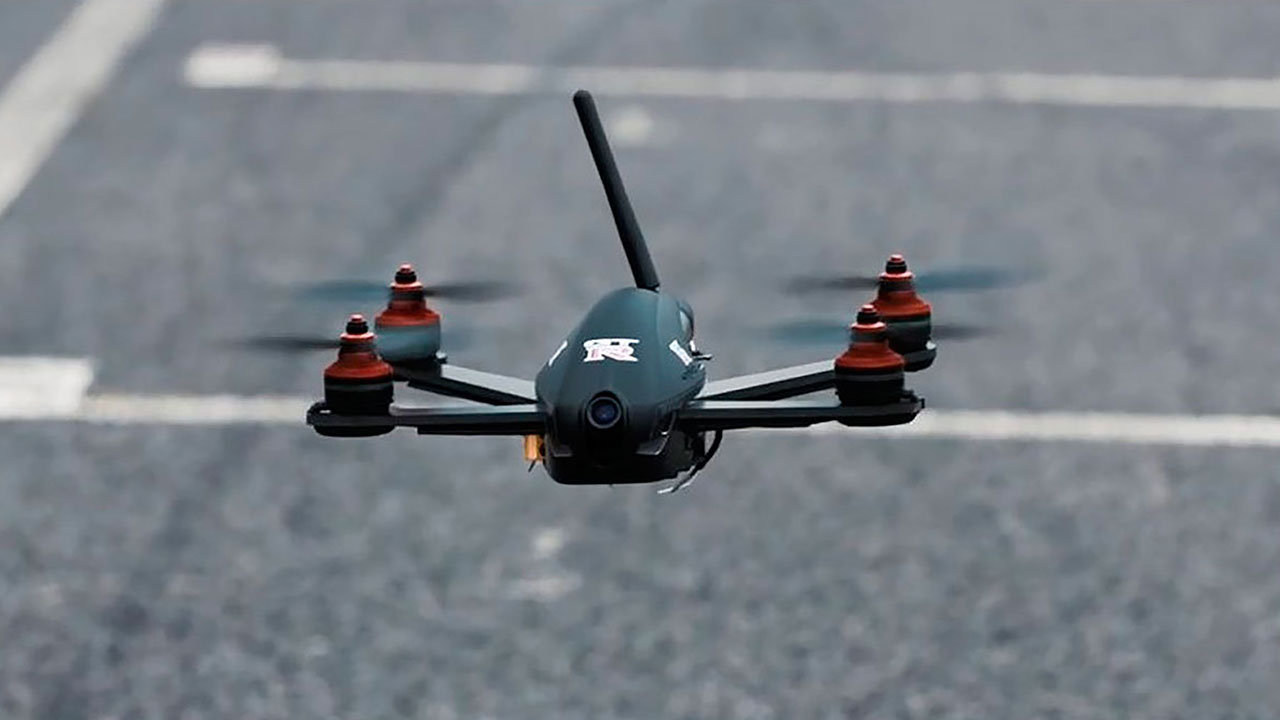 Powered by four 2000kV XNova motors on a quadcopter frame made specifically for racing. Nissan’s first drone is also the fastest of its kind and it’s showing off right on the race track. This remote controlled UAV / Drone was built by the award winning team Tornado XBlades Racing company. From 0 to 60 in 1.3 seconds! utilizing incredible technology and engineering this drone is top notch.

Head to head with its counterpart the 2017 Nissan GT-R on the race track. The proof is right before our eyes both these machines are highly capable and swift. Piloting the drone in First Person View is Drone Racing Champion James Bowles and in the Nissan NISMO Driver Ricardo Sanchez. The drone is competing against the super car while filming on the track. The drone features the very latest in performance-enhancing technology  just like its automotive equivalent.

At Silverstone race track / Course the one point two mile drive is tough to navigate but these competitors do it with ease showing skill and prowess. Though the drone seems to slightly starry behind the car, both are moving at phenomenal speeds. The GT-R car transfers power from its twin-turbocharged 3.8-litre 24-valve V6 to all four wheels. Making it a very formidable opponent for the Nissan GT-R Drone.

The time of drones all around us is coming. Now with the technology to involve drones in our everyday lives. It’s not surprising to see this innovation become a sport. Enthusiast and pilots everywhere are getting much more involved with Drone technology and it’s causing a huge stir in politics and in businesses as the tech becomes more and more available and interactive with functionality that makes things so much easier. But perhaps a bit excessive but the future is coming and with the Nissan GT-R Drone its coming fast.