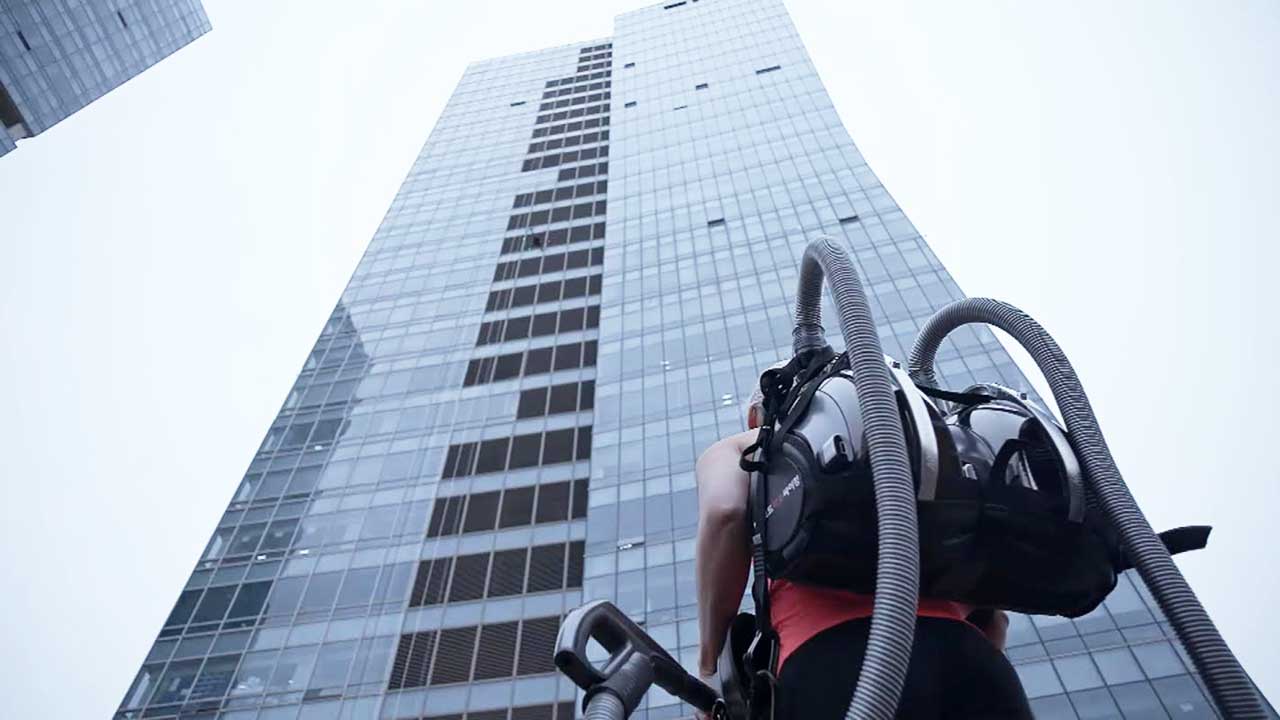 Doesn’t climbing a sky scraper sound like a wondrous way to promote a vacuum cleaner?

Equipped with 2 vacuum cleaners strapped to her back Sierra Blair Coyle did just that.

GoPro and RedBull normally come up with extreme videos and promotions that take athletes to their extremes and place them in their elements with a spotlight to shine in. But this time its LG that took the reigns of extreme promotions but putting Sierra Blair Coyle up to the task of climbing a 460 foot high sky scraper scaling it in just around 30 minutes. Demonstrating the new LG Vacuum tech called CORDZERO K94SGN a new line of that has enough suction to bet your life on in this case theres proof of its reliability.

Sierra Blair Coyle is an award winning rock-climber from Scottsdale Arizona and has shown the world her skills in the past competing since the age of 14. She represents her talent well and is a celebrity in her own right. Featured in health magazine and covered by media all throughout the web she is a testament to what success can come with a talent driven in the right direction.

So its only right that LG places her at the head of their promotion for what seems to be something straight out of Mission Impossible. But with the will and prowess contained in this dedicated climber. With ease the feat is performed with lots of coverage and passerbys all caught in aww by the power of the mind and these great Vacuums…it sounds crazy but for real it happened. Not only that but it happened in record time. Done marvelously by the obvious choice of representation Sierra Blair-Coyle Kudos to you and your great success. But again THE CORDZERO K95SGN really sucks and in the world of vacuums that is a great thing especially if you gotta climb a building one day but suggestions by us don’t try this at home.